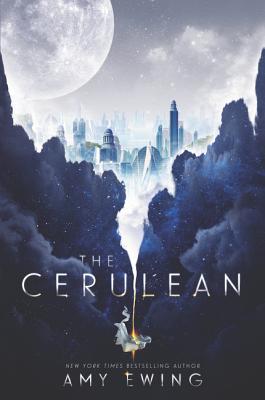 Sera Lighthaven has always felt as if she didn’t quite belong among her people, the Cerulean, who live in the City Above the Sky. She is curious about everything—especially the planet that her City is magically tethered to—and can’t stop questioning things. Sera has always longed for the day when the tether will finally break and the Cerulean can move to a new planet.

But when Sera is chosen as the sacrifice to break the tether, she feels betrayed by everything in which she’d been taught to trust. In order to save her City, Sera must end her own life.

But something goes wrong, and Sera survives, ending up on the planet below in a country called Kaolin. Sera has heard tales about the dangerous humans who live here, and she quickly learns that these dangers were not just stories.

Meanwhile, back in the City, all is not what it seems, and the life of every Cerulean may be in danger if Sera is not able to find a way home.

Amy Ewing earned her MFA in Writing for Children at the New School and received her BFA at New York University. The Jewel started off as a thesis project but became her debut novel, the first in a New York Times bestselling trilogy. The other books are The White Rose and The Black Key. She lives in New York City. Visit Amy online at www.amyewingbooks.com or on Twitter @AmyEwingBooks.

“Fast pace and constant action make for an interesting read.”
— Bulletin of the Center for Children’s Books

“Part high fantasy, part mystery, with a whole lot of feminism, this inventively explores gender, nonconformity, self-acceptance, and family. Readers will be hooked. Give to fans of The Reader by Traci Chee or any epic fantasy lover ready for a rich new world and a complex but rewarding plot.”
— School Library Journal

END_OF_DOCUMENT_TOKEN_TO_BE_REPLACED

This feature require that you enable JavaScript in your browser.
END_OF_DOCUMENT_TOKEN_TO_BE_REPLACED

This feature require that you enable JavaScript in your browser.
END_OF_DOCUMENT_TOKEN_TO_BE_REPLACED

This feature require that you enable JavaScript in your browser.
END_OF_DOCUMENT_TOKEN_TO_BE_REPLACED